Click on any of our team members below for a full bio. 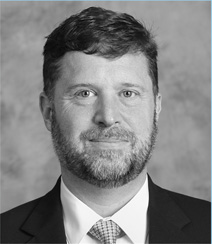 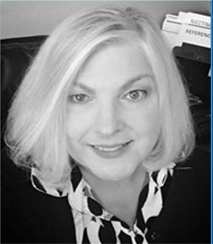 E. P. "Pete" Walker, Jr. serves as President and CEO for Affiliated Resources Group. Mr. Walker was appointed Executive Director of the Housing Authority of DeKalb County in October, 2010 and has since led the agency in applying innovative business practices in its approach to affordable housing and development – expanding the Authority and its Affiliates’ missions to maximize opportunities for impact and growth. Mr. Walker began his career in affordable housing development and finance in 1989 as Finance Director for the Urban Residential Finance Authority of the City of Atlanta, where he was responsible for maintaining the Authority’s $300 million tax-exempt bond portfolio and all of its other fiscal affairs. From 1998 to 2002, Mr. Walker was the Managing Director and Chief Financial Officer for the Atlanta Development Authority. Reporting to the President of the City of Atlanta's commercial and residential development arm, he was responsible for all fiscal and financial affairs supervising the Authority's Finance, Accounting and Administration departments as well as overseeing the financial operations of the Authority (including 52 bond issues totaling more than $800 million in assets) and its nine subsidiaries in implementing approximately $250 million in development plans and projects throughout the city. Mr. Walker founded Millennium Development Partners (MDP) in 2003, where he specialized in development consulting and facilitating the production of affordable housing by creating development/project partnerships between Authorities, Developers and/or Nonprofits by structuring and implementing financings using tax exempt debt with tax credits, conventional debt along tax credits and tax exempt revenue bond structures. Prior to joining the Housing Authority, Mr. Walker served as President of Mercy Housing Southeast (MHSE) from 2007-2010. Mercy Housing, Inc. (Mercy) is one of the top nonprofit developers of affordable housing with assets of nearly $2 Billion and properties in 41 states. In Mr. Walker’s capacity as President of MHSE, he was responsible for setting the strategy and direction for expanding Mercy's southeastern affordable housing development footprint while maintaining a quality portfolio. During his 3 year tenure he grew MHSE from five (5) properties to 18 properties located in Georgia, North Carolina, South Carolina, Alabama and Ohio, spearheading development of more than 10 affordable housing projects of which seven (7) were 9% Low Income Housing Tax Credit projects. A native of Georgia, Walker received a BA degree from Clark Atlanta University where he graduated cum laude.